Marriage Is Supposed To Be A Safe Haven – The Chris Watts Case: Where Is Nichol Kessinger Now

Nichol Kissinger was born in Colorado in 1988 and completed a degree in geology in 2013. She began work as a bookkeeper but later on became an engineer and worked as a contract worker for Tasman Geosciences in the environmental department. There, she met her colleague, Chris Watt, sometime in June 2018.

Soon after, Kessinger and Watts were in a relationship where he told her that he and his wife were on the point of concluding their divorce. Hence, it may seem that Kissinger was oblivious of the fact that Watts was actually still married, that he and his wife weren’t going through the divorce process, and that her relationship with him was unlawful. 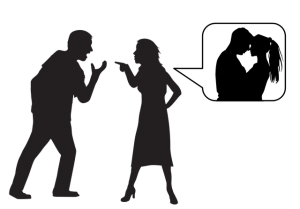 Infidelity That Led To Murder

In August 2018, Christopher Lee Watts strangled his wife, Shannan who was 15 weeks pregnant with their third child, and suffocated their two young daughters, 4-year-old Bella and 3-year-old Celeste. He then transported and buried their lifeless bodies in a remote oilfield that his former employer leased. Watts initially denied any involvement in their deaths, but later confessed to the heinous crime. The only justification Watts presented for the pointless murders of his family is that he felt it was the only course for him to take in order to be with his mistress, Nichol Kessinger.

Where Is Nichol Kessinger Now

Kessinger was just as shaken as other people when she found out about her lover being a liar and a murderer. To tell investigators what she knew, she approached them voluntarily after she felt uneasy and troubled from the reaction of Watts which was suspiciously calm when his family was first reported missing. The information she provided help in the arrest of Watts.

Where is Nichol Kessinger now? After Watt’s conviction – five life sentences (two concurrent and three consecutive) with no possibility of parole, plus 48 years in prison for the unlawful termination of the pregnancy of Shannan and another 36 years in prison for three charges of tampering with a deceased body – she left her residence in Colorado and reportedly went into the Witness Protection Program and assumed a new identity so she could start anew.

When she went into Witness Protection, here location remained hidden. The negative publicity she received for being linked with Chris Watts caused her to be publicly criticized, insulted, shamed and threatened. She was even regarded in the United States as one of the most hated people. According to Kissinger herself, it would be very difficult for her to find a job for the next 10 years.

The last known whereabouts of Nichol Kissinger is in Claude Court Road, Northglenn where she now resides. Also according to rumors, she is said to be in a new relationship with a geologist who she already met and knew when she was still dating Watts.

Infidelity in a Marriage

Of the American marriages, about 40% experience an incident of infidelity at least once. Studies reveal that more men cheat compared to women, however the reasons for infidelity are often the same. Although a factor in many divorces is infidelity, half of the marriages in America survive and outlast an extramarital affair.

Infidelity is definitely one of the most awful things that could happen in a marriage. It is one of the major reasons a separation, divorce or annulment is sought by couples. It ruins the foundation wherein a marriage is established and could cause serious damage and injury to the relationship. Unfortunately, for Shannan Watts, her husband’s infidelity led to her death as well as her daughters’ and unborn son’s.

A safe haven – this is supposed to be what marriage should provide where both partners feel cherished, appreciated, cared for, seen, acknowledged, and loved; where both could take their sworn togetherness and closeness for granted in a healthy and positive manner.

To have a good marriage, each partner need to consistently and steadfastly work on the essentials of safety – security, trust, honesty, mutual respect, fidelity, clean fighting, physical and emotional availability, and the Platinum Rule, “Treat others as they would like to be treated.”